There are many folks on campus who play important but unrecognized roles “behind the scenes.” We highlight a few deserving of recognition.
BY MARK CARDWELL
FEB 27 2018 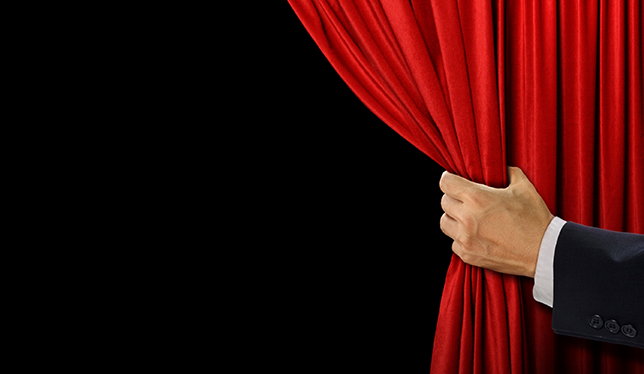 There are many folks on campus who play important but unrecognized roles “behind the scenes.” We highlight a few deserving of recognition.

They’re not the president, a dean, or even a faculty member. However, these six individuals have important jobs that ensure a university is running smoothly.

A university runs on its stomach 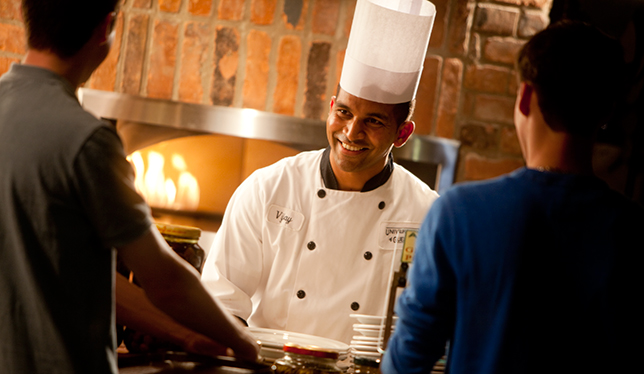 “I’ve worked in many places, but I’ve never enjoyed more the feelings of responsibility and team work than I do here,” says Vijay Nair, executive chef of the University of Guelph’s hospitality services. “There’s so much dedication and ownership to do well for the department and the school. People work very hard for long hours.”

Mr. Nair brings an interesting blend of training and experience to his role. Trained at a culinary school in Trivandrum, a city in southern India where he was born and raised, he began working in commercial kitchens in 1996. After working in high-end hotels in India, Mr. Nair moved to Canada in 2003 and worked at several Toronto hotels while taking cooking classes at George Brown College. He also worked for the Royal Caribbean cruise line before and after moving to Canada.

Mr. Nair landed a job as sous-chef at U of Guelph in 2010 and moved up to executive chef in 2015. He is responsible for seven production kitchens, where three sous-chefs, four head cooks, 22 cooks and 20 apprentices produce an average of 15,000 meals a day to feed a clientele drawn from the 5,000 students in residence, 4,000 university employees and roughly 18,000 daily visitors – including students, dignitaries and faculty members – at 19 different outlets on campus. (U of Guelph has a self-operated food service. This is rare for Canadian universities, which usually opt for third-party food service providers.)

As executive chef, Mr. Nair says he most enjoys helping to prepare meals that showcase the culinary skills that have earned U of Guelph top honours for best campus food (as voted on by students) for 10 consecutive years, and won Mr. Nair many individual honours. “I love cooking with vegetables and making meals with bright colours and good tastes,” says Mr. Nair. “Because we are a big school in agriculture and sustainable development, we use local ingredients and foods whenever we can. For the chefs, it’s motivating to know that we are serving food that is made with the best ingredients possible.”

All the world’s a stage 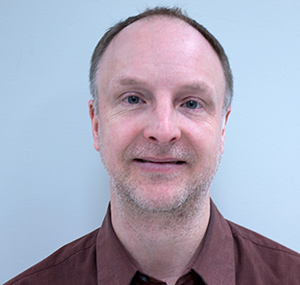 A member of his faculty’s student association throughout his undergraduate years, serving as president in his final year, Eric Couture was an enthusiastic organizer of major student events like business school competitions and orientation activities. “I had a real zeal for planning and putting on events, and I became quite skilled at it,” he recalls.

After working in sales and marketing for five years after graduation, Mr. Couture’s passion for organization led him back to his alma mater. First hired by the pharmacy faculty in 2003 to organize fundraisers and other key events, Mr. Couture moved to the university’s general administration office in 2012 and took over organization of Laval’s annual graduation ceremonies.

Some 4,500 students receive diplomas over four days of ceremonies held during the first two weekends in June (although the number of actual graduates is much higher, at around 12,000 annually). “They are the most fun and exciting days of the year,” says Mr. Couture, who is responsible for generating invitation lists and managing graduates during the ceremony – tasks that take months of planning and organization.

“We are a team of about 60 people, and it’s very hectic and a lot of work because we have to get the graduates dressed in their gowns, get them on stage to get their diplomas, then get them undressed so we can start preparing for the next group.” But, says Mr. Couture, he never tires of seeing the pride and joy on the faces of grads and their family members during the ceremonies. “Seeing the delight on everyone’s face is amazing. It doesn’t get any better for someone like me who loves to organize events for people.” 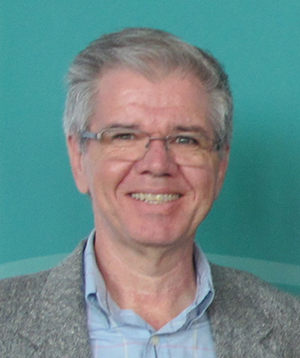 As soon as he turned on the desktop computer in his office at Carleton University early one morning in November 2016, Colin McFadyen knew he was in for a long day. “It was encrypted with a ransomware virus,” recalls Mr. McFadyen, supervisor of operations for Carleton’s information technology services, or ITS. “The first thought that went through my head was, ‘This can’t be good.’”

Mr. McFadyen soon discovered that Carleton’s IT network was under a massive attack by hackers using ransomware to block legitimate users from accessing the system, and demanding payment – in this case bitcoin – in exchange for decryption keys that would allow them to regain access.

His office issued an emergency call to students and faculty members across campus, advising them to immediately shut down computers and to refrain from accessing them until the virus had been dealt with. It took Mr. McFadyen, and the more than 100 people who work for Carleton’s ITS, a full 24 hours to stop the attack and start reloading systems from backup files and to bring email services back online.

“The first day was the worst,” Mr. McFadyen says about the attack, which was the most serious in the university’s history and the first in a series of ransomware assaults on major Canadian institutions. “It took us a few days, but we eventually got everything back up.”

Mr. McFadyen started working at Carleton as a part-time computer operator in 1982 and now runs a data centre with 80 physical servers and 400 virtual ones. He says the key to maintaining and safeguarding IT services is backing up information generated by the system’s 30,000 active users. That and a firm security plan. “The security team has been greatly expanded,” he said.

“We are the gatekeepers of the university’s central data and communications,” Mr. McFadyen says. “There’s never a dull moment.”

Art is all around 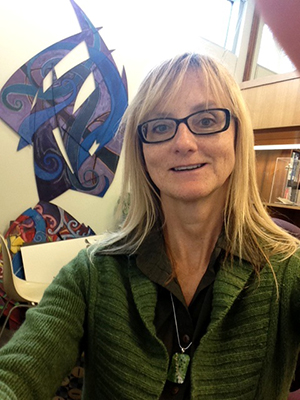 Liv (pronounced “leave”) valmestad is an accomplished visual artist whose multimedia drawings, paintings and sculptural works are much sought after in the marketplace. She is also the acting head of the Architecture/Fine Arts Library at the University of Manitoba and teaches a course on visual literacy.

And, as if that’s not enough, she has devoted much of her spare time over the past 20 years on a one-person project to catalogue the vast and eclectic collection of outdoor sculptures and indoor artworks that adorn the grounds and buildings of U of Manitoba’s sprawling campus. “It’s a labour of love,” she says of what began as a small research project to document all the artwork that has been given to the university or left by former students over the years.

“No one knew what they had here,” recalls Ms. Valmestad, who arrived at U of Manitoba in 1997. “I started with the outdoor sculptures and went from there.”

Backed by several small grants, she has photographed, mapped and catalogued more than 30 outdoor sculptures. She also created a virtual tour and interactive Google map of the works that can be found on the university’s website. The collection includes pieces by famous Canadian artists like Armand Vaillancourt, Joe Fafard and Eli Bornstein.

Ms. Valmestad’s research also notably led to the restoration of a large steel sculpture from Expo 67 that was donated to the university and installed on campus after the Montreal fair had ended. Unfortunately, the scuplture was later cut in half by snow-removal equipment. “The knocked-off part had been sitting in the yard of the mechanical building for years,” says Ms. Valmestad, who was able to reconstruct the sculpture after discovering what it originally looked like, and has written a book about the search. “The manager was happy to finally figure out where [the part] came from.”

Fairness and respect: Niloufar Rohani says these principles are the cornerstone of her everyday dealings with a staff of 49 women and men who earn a living by cleaning the common areas, lounges, kitchens, washrooms, and occasionally the bedrooms, in the student residences on the University of Calgary campus.

“Being a housekeeper is not something that motivates everyone,” says Ms. Rohani, the university’s supervisor of housekeeping. “But, by cre-
ating a friendly and respectful environment in which we provide professional services to students, who are our customers, it can be both fulfilling and fun.”

A university graduate from Iran who moved to Canada in 2010, Ms. Rohani honed her management skills at the big Hudson’s Bay store in Calgary, where she ran five women’s apparel departments before landing her current job at U of Calgary in 2014. Since then, she has been responsible for the daily cleaning services at the eight student residence buildings across campus, as well as at the university’s 250 townhouse units for married students and their families.

“We’re busiest during the summer months, when the university is operating more as a conference site, and different people and groups stay for a few days or a few months,” says Ms. Rohani. “And the pressure is huge in August, when we do our really deep cleaning and washing of walls, floors, rugs and cabinets.”

She is quick to credit her staff, who are mostly women immigrants from around the world. “They are my heroes,” says Ms. Rohani. “They are very dedicated and work hard. They make it a pleasure for me to come to work every day.”

Put it on paper 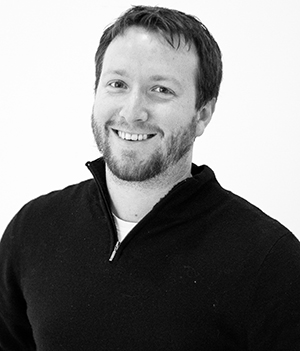 When Simon Oakley was hired as a senior graphic designer of print services by McMaster University in 2008, one of his principal tasks was to produce the booklets, certificates and degrees for the school’s convocations in the spring and fall. Trouble was, much of that work was still being done manually.

“We had 11 different templates and you had to pick the one that corresponded to the degrees that graduates were receiving, then you had to cut and paste the names and verify everything related to that degree. Because of all those points of human intervention, the proofing process took a lot of time and was also prone to human error.”

A graduate of North Bay’s Canadore College who spent several years doing graphic design and web development for companies in the Hamilton region, Mr. Oakley developed a new, fully automated system to prepare the diplomas for printing. The system now uses imported data from files received from the registrar’s office to make not only degrees, but also the convocation program booklets.

In addition to making things easier and error-free, Mr. Oakley says the new system is also much faster. “Convocation data can come to us late, so speed of turnaround can be a luxury,” says Mr. Oakley, who is now creative development manager of the seven-member production design group of McMaster’s Media Production Services, an ancillary service on campus that pays its way by charging for services such as print and graphic work, and web design.

A key role and responsibility of his new job is to uphold the integrity of the McMaster University brand in print and on the web. That includes degrees, which are made with unique gothic fonts that help to verify their authenticity. “Degrees have to be authentic because they are an important document in people’s lives,” he says. “And, of course, they have to look good and distinguished because they’re likely to end up on an office wall.”