The campus novel is fiction for our times, but the best of the genre is timeless.
BY RANDY BOYAGODA
JUN 28 2019 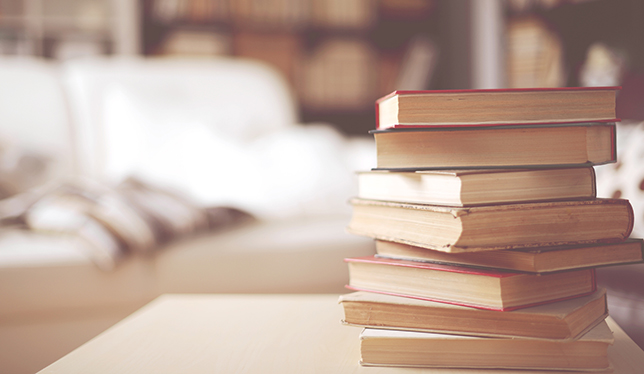 The campus novel is fiction for our times, but the best of the genre is timeless. 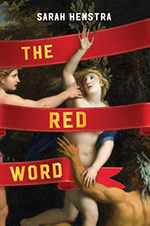 Sarah Henstra’s The Red Word won the 2018 Governor-General’s Literary Award for Fiction in English. In its citation, the prize jury declared it “groundbreaking and provocative,” and commended the novel as “an astonishing evisceration of the clichés of sexual politics as they exist not only on our college campuses, but also within broader present-day society.” Beyond the inherent literary goods of the book (full disclosure, I was colleagues with Henstra for many years in Ryerson University’s English department), that a campus novel won one a top literary prize in the country last year – while at least two others, Maureen Medved’s Black Star and my own Original Prin, also generated interest and attention – can’t help but be taken as an indicator of the reading public’s interest in what goes on in Canadian universities, and of the literary novel’s singular ability to convey as much in ways both artful and instructive. 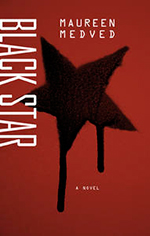 Indeed, in admittedly self-interested ways, this was what first drew me to the Canadian campus novel, as a reader rather than an author, some 25 years ago. That’s when I originally read the passage I quoted above. It’s from the The Rebel Angels by Robertson Davies, whose sexual politics are far from our present moment’s. The novel was published in 1981, though I first picked it up more than a decade later, in my final year of high school; I had learned it was set at a neo-Gothic college with High Anglican airs that was part of a larger urban research university, and at the time I was months away from enrolling at Trinity College at the University of Toronto. (Davies himself had been an English professor at U of T, and the founding master of its Massey College.) Back then, the novel more or less confirmed what I was hoping university would be: a distinct, exclusive place (partly) sealed off from the wider world that managed to be serious, while not taking itself too seriously; a place where ideas, friendship and various kinds of intrigue played out among smart people with strong personalities; a place where – unlike, say, in a suburban high school in Oshawa, Ontario – idiosyncratic cerebral interests were a source of power, influence and popularity. 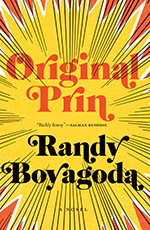 More generally, whether Canadian, American, or British – Henstra and Medved’s recent books, Julie Schumacher’s Dear Committee Members, or, reaching back, assorted Saul Bellow novels, David Lodge entertainments and Kingsley Amis’s Lucky Jim – the campus novel is a genre that makes a distinct promise to readers. It offers a hothouse evocation of highly educated individuals in close orbit and in frequent collision, who uniquely combine intense personal interests with abstruse professional pursuits – all while surrounded by young people making uneven transitions to autonomous adult living. Often, they do so with the threat of personal and institutional breakdown and bankruptcy in the air. 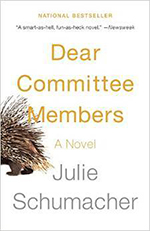 The genre is most often deployed for critique – or self-critique when it comes to academics who write campus novels like Henstra and Medved (and me). And it draws its energy from two sources. First, from the infinite comic possibilities latent in most academic behaviour and interpersonal relations; at least once a week in my life as a university administrator, I leave a meeting and think that if I were to include what just transpired, verbatim, in my next novel, I would be faulted for gross exaggeration. (Insert here your own anecdote about your most recent experience with an experiential learning innovation module or a colleague’s book launch.) 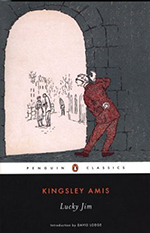 The second source of energy is the more meaningful one and the greater source of truth about why campus fictions matter: the tension between town and gown. This tension has been there since the beginning of North Atlantic stories of university life. Chaucer’s The Canterbury Tales features students as storytellers (“The Clerk’s Tale”), as antagonists and mischief-makers (“The Miller’s Tale” and “The Reeve’s Tale”); their words and actions engender mistrust, exasperation and contempt among campus outsiders, and the feelings tend to be mutual. 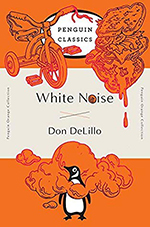 The particular sources of tension in Chaucer’s 14th-century England aren’t the same as those in the campus life of decadent Reagan-era America that Don DeLillo mordantly evokes in White Noise, or in the university dramas and melodramas of a myopically multicultural Canada that Josef Škvorecký skewers in The Engineer of Human Souls. Rather, what these and many other such works share is a kind of subtle, live-wire urgency: the campus in the campus novel is always already set apart from the demands of the wider world, yet dangerously close to succumbing to them. In fact, it’s because the chronology of campus life is as reliable as the brie wheel at the department reception that writers of campus fictions like Henstra, Zadie Smith (with On Beauty) and Jeffrey Eugenides (with The Marriage Plot), can take up fissile and timely questions of race, class and gender that are at once pointed interventions in public debates, but also ostensibly insulated from these conversations by containing their own buildups, explosions and fallouts in laureled settings with staid character types and situations. 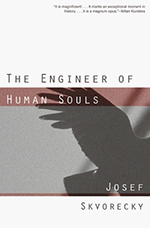 Is there anything distinctively Canadian about the Canadian campus novel, beyond the congenital identarian status anxiety that provokes such a question? Perhaps, insofar as Canadian universities have longer traditions of fidelity to British models than American universities, while also dealing with faculty and student populations, demographically, that are far more various than typical (WASP) American campus fiction – this is a distinct combination not to be found in British or American equivalents. That said, and regardless of the national setting, I think the best of campus fiction manages to both reassure readers with the familiarities of academic life and to provoke with unexpected incursions and excursions. Henstra’s novel offers as much with a complex rendering of 1990s elite campus feminism that has unexpected currency in the age of #MeToo politics; my own novel is about a failing Catholic college in downtown Toronto that opens a satellite campus in the Middle East to stay afloat, just as schools like NYU are dealing with the sociopolitical implications of similar ventures. 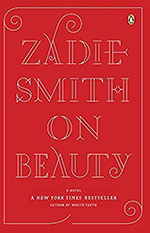 How will these immediate concerns and their renderings read in the time to come? Hopefully better than Davies’ do in The Rebel Angels. I reread that novel in the context of this essay and was stopped short by its opening dilemma, which I certainly didn’t remember: it’s the start of a new academic year and a graduate student is nervous about seeing her doctoral advisor again because they had sex the last time they were together, and she’s not certain about the status of their relationships now. But it turns out she was worried about nothing! Her advisor has come into possession of some rare manuscripts, among which “could be a small bombshell in Renaissance studies,” and he’s going to let her work on one at a desk in his own office. 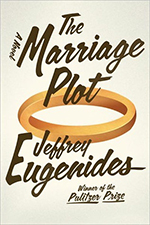 The encounter, like much of the novel, is played for self-involved wit and whimsy, and I certainly read and enjoyed it for as much, as an 18-year-old. Twenty-five years later, the novel feels dated in its take on the lives of young women and older men on campus. Being dangerously out of touch is a risk that campus novels run as much as campus life itself, in Canada and elsewhere. How to avoid that fate, without being so open to the outside world as to neutralize the interior sources of vitality that course through the university? That’s a question for novelists as much as professors, and perhaps more so for novelists who are professors who are novelists who are professors … I could go on, or I could get back to work on my next campus novel.

Randy Boyagoda is a novelist and professor of English at the University of Toronto, where he also holds the Basilian Chair in Christianity, Arts, and Letters, and serves as principal of St. Michael’s College. His most recent novel, Original Prin, was named a Globe and Mail Best Book of 2018. He is chair of the 2019 Scotiabank Giller Prize jury.

Prolific and pioneering academic Carolyn G. Heilbrun, author of Writing a Woman’s Life and other classics of feminist literary criticism, also wrote a series of bestselling mysteries under the pen name Amanda Cross. These campus thrillers feature a female English professor protagonist up against every sort of scholarly intrigue, from academic rivalry to rabidly sexist administrators to murder. Dr. Heilbrun managed to keep her alter ego a secret for many years, well after she became the first tenured woman in Columbia University’s English department. With titles like The James Joyce Murders and Death in a Tenured Position, these books give new meaning to the words “publish or perish!”

– Sarah Henstra, author of the campus novel The Red Word and associate professor of English at Ryerson University. Her latest book is the YA novel We Contain Multitudes.

Philip Roth’s The Human Stain, for its acknowledgment that race is still problematic in the academy; A.S. Byatt’s Possession, for the complexity of its structure and very lyrical academic perspective; R.O Kwon’s The Incendiaries, which is compelling in its understated yet searing prose, but also because it’s a campus novel about students and not professors – the kinds of students I see these days: lost and wounded, searching for meaning that higher education can’t seem to give them, ending up trapped in violence.

– Tessa McWatt is the author of the campus novel Higher Ed plus five previous novels, two books for young people and a memoir. She is a professor of creative writing at the University of East Anglia in Norwich, U.K.

I really love the novel Stoner by John Williams because of the delicious hopelessness that winds throughout the novel – there’s no other way to describe it. The petty university politics, the pervasive mediocrity of everything is so beautifully done – and made me feel really good about myself (ha!).

– Suzette Mayr is the author of the campus novel Dr. Edith Vane and the Hares of Crawley Hall, plus four previous novels. She is an associate professor of English and creative writing at the University of Calgary.

I have two favourite campus novels: Kingsley Amis’s Lucky Jim and A.S. Byatt’s Possession. The latter tells me that research is of the heart as well as the head – and also that biographers or analysts can rarely learn the full truth about a subject. Lucky Jim is a rudely hilarious skewering of intellectual pretension, a corrective to assumptions of academic self-importance.

– Sue Sorensen is the author of the campus novel A Large Harmonium and an associate professor of English at Canadian Mennonite University. Her latest is the non-fiction book The Collar: Reading Christian Ministry in Fiction, Television and Film.

My summer reads (and my picks for anyone who wants to dig deeper into the campus novel) are Oldness; or, the Last-Ditch Efforts of Marcus O by Brett Josef Grubisic, Dear Committee Members by Julie Schumacher and Stoner by John Williams.

– Maureen Medved is the author of the campus novel Black Star as well as the novel The Tracey Fragments and its screenplay adaptation. She is an associate professor of creative writing at the University of British Columbia.

PUBLISHED BY
Randy Boyagoda
Missing author information
SEE SIMILAR STORIES
COMMENTS
University Affairs moderates all comments according to the following guidelines. If approved, comments generally appear within one business day. We may republish particularly insightful remarks in our print edition or elsewhere.