The Intersectoral Student Committee in Quebec findings reveal that postdocs face financial and professional instability, among other challenges.

Quebec’s postdocs want better recognition as researchers and a chance to develop skills complementary to those they acquire from their PhD.

These findings were brought to light by the Intersectoral Student Committee (CIE), whose mandate is to advise the office of Quebec’s chief scientist and its three research funds, Fonds de recherche du Québec (FRQ). The CIE held a series of consultations with postdoctoral fellows and used the results of a survey administered by the Canadian Association of Postdoctoral Scholars that was sent to 386 postdocs, whose average age was 33. 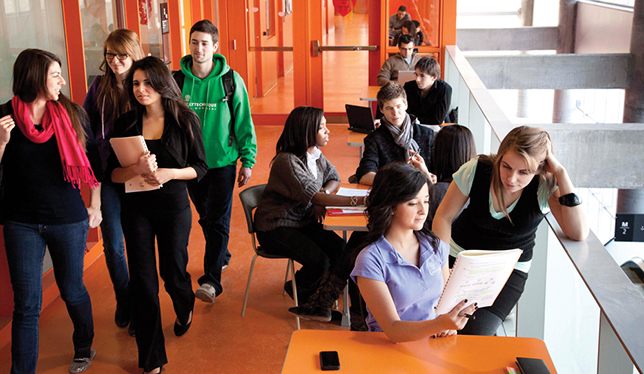 The CIE found that the precariousness and necessary relocation associated with postdoctoral research creates a real dilemma for those who have young children or are hoping to start a family. Many delay their family plans for fear of interfering with the start of their research career or because they consider their financial resources too limited and unstable. In response, the CIE recommends that funding agencies increase the amounts provided for parental leave and improve access to child care services. A third of the survey respondents had at least one child, while only eight percent had access to child care where they were carrying out their research.

The consultations also showed that the province’s postdocs do not appreciate the word “internship.” “That term isn’t used elsewhere. Instead, they are usually referred to as a “junior researcher, scholar or fellow,’” says Julie Morin-Rivat, CIE member and postdoctorate student at the Université du Québec à Rimouski.

There are tax benefits and prestige associated with being a postdoctoral trainee, but with the honour comes financial instability. The grants they receive are generally lower than a regular salary and do not provide them with insurance for sick leave, let them pay into employment insurance or offer the same parental leave as employees. Among the survey respondents, only 13 percent had employee status, 26 percent had sick leave insurance, and 28 percent parental insurance. Around 30 percent were grant holders. About 32 percent earned less than $40,000.

Concerns also went beyond finances. The term “intern” is considered restrictive for postdoctoral work, as postdocs often have the same tasks as the employees they work with and produce just as much knowledge. This discomfort is felt even more strongly when the postdoctoral position is extended. Four out of 10 survey respondents expected to see their postdoctoral research last three years or longer, and eight percent of them expected theirs to last over five years. Thirty percent of respondents have also held more than one postdoc. “Many of the students said they were refining their skills rather than doing training, considering that their postdoctoral positions were not internships,” explains Dorothée Charest-Belzile, president of CIE.

The CIE suggests using the term “postdoctoral fellow” instead of “intern.” It adds that it would be apt to set up partnership agreements between postdoctoral researchers, their supervisors, and the host university in order to clearly identify the scope of their tasks, the allocation of funds and the financing of equipment, among other considerations.

Is it worth doing a postdoc?

The report also shows a certain level of frustration with regard to the skills developed during a postdoc. The number of PhDs is increasing faster than career researcher positions are opening. Some postdoctoral fellows collect PhDs as they wait for a position to open, or reorient their careers to areas outside the university. “Postdoctoral fellows want to fine-tune their complementary skills, like project management, human resources, budget planning or networking,” explains Ms. Charest-Belzile.

The survey revealed that 89 percent of respondents felt moderately or not at all prepared to enter a non-university profession. They would like to receive more information on this type of career and also for the university environment to take a more proactive role in fostering their potential at companies and organizations. The CIE proposes an increase in the number of industrial and community partnerships to bridge these two worlds, as well as have more awareness campaigns targeting off-campus employers.

So, is it still worth doing a postdoc? And do they find it has real added value? “Most postdoctoral fellows tell us that the experience was worth it, but only if it also allowed them to acquire skills outside those developed during the PhD,” concludes Ms. Charest-Belzile.