The centre, hosted by Ryerson University, has an ambitious mandate that includes funding and evaluating new approaches to skills development.

In the offices of an arts and cultural hub in Toronto’s Regent Park neighbourhood, a handful of staff of the Future Skills Centre are settling into their new jobs. In February, it was announced that Ryerson University won the bid to host the FSC – not to be confused with the Future Skills Council, a different entity – in partnership with the research organizations Blueprint and the Conference Board of Canada.

The centre has an ambitious mandate that includes funding and evaluating new approaches to skills development in Canada, and convening partners across the country in the process. It is backed by an investment of $225 million over four years and $75 million thereafter from the federal government, from which it will operate at arm’s length.

It’s still early days in terms of establishing the centre’s governance, infrastructure and thematic areas of focus, said Ryerson’s vice-president, research and innovation, Steven Liss, who serves as chair of the centre’s interim advisory board. A big step in that process was the naming of the centre’s inaugural executive director, Pedro Barata, on July 3, followed by news on July 9 that the centre will invest $7.65 million in 10 new “innovation projects” for mid-career workers. Mr. Barata, whose appointment takes effect September 1, is currently the United Way of Greater Toronto’s senior vice-president of community impact and strategy. By the time the centre is fully up and running, it will have about 40 staff, said Dr. Liss. 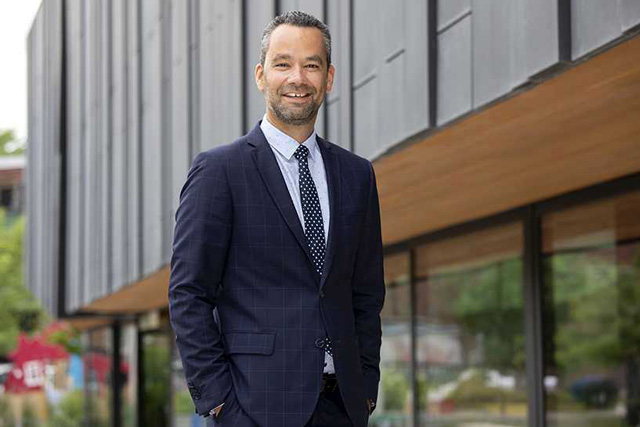 The federal government’s future skills initiative is a broad one encompassing communities across Canada of all ages and demographics, and various sectors of the economy, said Valerie Walker, president of the Business/Higher Education Roundtable and co-chair of the Future Skills Council. Despite the identical acronyms, the Future Skills Centre’s work is separate from the Future Skills Council, which will play an advisory role to the federal minister of employment, workforce development and labour.

Since last fall, when Ryerson was informed of its winning bid to host the centre, there has been a flurry of activity ramping up to the announcement this past March of six grant initiatives to “test innovative approaches to help Canadians gain access to new skills.” FUSION, which stands for the “Future Skills Innovation Network” of six Canadian universities, is one of the projects already underway. It will specifically address how the postsecondary sector is equipping students for the future of work. Concordia University initiated the bid with its partners Simon Fraser University, University of Calgary, University of Saskatchewan, Carleton University and Memorial University.

Within a two-year timeframe, the group is tasked with assessing teaching methods and credentialing practices, creating flexible learning opportunities, and increasing access and success for Indigenous people, students living with disabilities, racialized students and women in STEM fields, among other underrepresented groups.

“We know that we are looking at activities that are taking place around experiential learning. What we’re interested in thinking about is creating opportunities for addressing what skills are being acquired – the identification and articulation of those skills,” said Sandra Gabriele, vice-provost of innovation in teaching and learning at Concordia. Each campus involved in the project has designated a campus lead for FUSION that meets regularly with an eye to launching projects this fall.

“One of the things we’re becoming very sensitive to is the differences across campuses, in terms of how services are set up and the kinds of supports are available [for underrepresented students],” Dr. Gabriele said. To address the differences and common interests, the group will be working on a “coach and innovator model,” she said.

“There will be a lead university that will act like a coach because the project is coming from that particular institution, and the other universities are learning from and innovating on that project for their own campuses,” Dr. Gabriele said. “This is going to be one of the most important outcomes of this network for the university sector – we will have the opportunity to think across our differences and share the data coming out of that.”

As part of its winning bid for the Future Skills Centre, Ryerson had partnered with the Conference Board of Canada, which helps the centre manage research and stakeholder engagement, and Blueprint, a Toronto-based organization specializing in analytics, design and evaluation.

“Our first step is understanding the current state of the system,” said Karen Myers, CEO of Blueprint, noting the role provincial governments play in skills development. “As part of this the FSC will be working closely with the labour market ministers and Labour Market Information Council, Future Skills Council and directly with provinces and territories,” she said.

“I think the biggest challenge we have is the skills transfer – it applies both to the new grads looking to enter the workforce and the mid-career and older workers who need to transition, either by choice or because their work has been made redundant by AI or automation,” said Matthew McKean, director, future skills, at the Conference Board of Canada.

The Conference Board is working on research projects around six pillars of its research agenda: accessibility and equity, skills training, learner pathways, labour market information data, sustainability of the skills training systems, and knowledge mobilization.

“We’re looking to partner with everybody who’s working in this space. I think everybody is working on future skills these days in one form or another,” Dr. McKean said. “It’s incumbent upon all of us to work together to prevent duplicating effort and expand our capacity in working together. How we all do that is easier said than done.”