How a multinational project is striving to change refugee research

About 85 percent of the world’s refugees can be found in the global south while most refugee research is based out of the global north; a Canadian study aims to bridge that gap.

James Milner has modest goals for his latest study: ensure that everyone involved in the refugee resettlement process gets an equal voice in the research. About 85 percent of the world’s refugees are located in the global south while most refugee research is based out of institutions in the global north. Dr. Milner, a political science professor at Carleton University, set out to devise a study that bridges that gap.

“There’s such a long history of researchers from the global north parachuting in,” he said. His aim was to reverse that dynamic. “How do we build trust and how to we sustain that trust, and how do we actually deliver on what it is we’re committed to doing?’”

Rather than send researchers sweeping into a region to conduct their fieldwork and then leave the locals in the dark, Dr. Milner has assembled a team and secured $3.6 million in funding – including a $2.5-million partnership grant from the Social Sciences and Humanities Research Council – with the goal of changing that. The study, called “Civil Society and the Global Refugee Regime,” involves researchers at 10 partner universities spanning seven countries. The researchers will spend seven years looking at the issue of refugee resettling practices in four key countries: Jordan, Lebanon, Kenya and Tanzania. 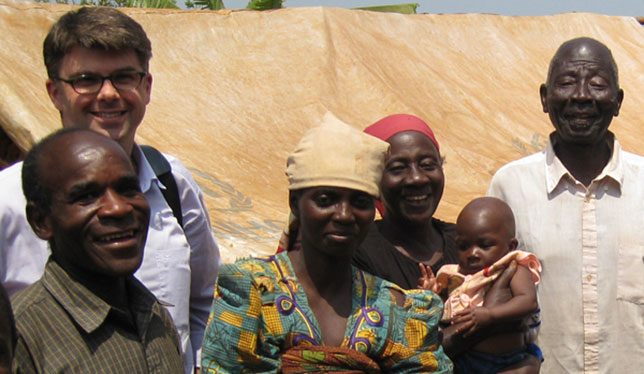 Laura Madokoro, a historian and assistant professor at McGill University, is a co-applicant on the SSHRC grant. For her, this project requires a big shift in thinking that she says will “flip the way refugee research has been undertaken in recent years and put the onus on our partners in the global south, and really let them drive the research agenda.”

The team will work simultaneously across the four refugee-receiving countries, with local working groups devising the research agenda, communicating that agenda to the research team, and advising researchers and academics who arrive to do fieldwork.

With the local groups effectively determining the evolution of the study, Dr. Madokoro foresees exciting new directions. “In year one, you have an idea of what’s going to happen and where you’re going,” she explained. “But as the project moves forward and people try different things and different research methodologies and theoretical frameworks, it really does transform.”

For a project of this size, Dr. Milner has a huge team working with him, and each co-applicant is leading a particular aspect of it. For Jennifer Hyndman, professor of refugee studies at York University, that piece is intersectionality. She says a benefit to this large partnership is that it brings up a range of difficult questions, which can “shake” or “unsettle” any assumptions that might underpin the research.

Along with the core researchers, the study will have at least 96 graduate students, divided between the four research countries. Several will gather in Ontario in May to train in fieldwork methodologies, including interview techniques, archival work and anything else of importance to the partner regions.

In keeping with the aim of the study, Dr. Hyndman hopes to find a balance between focusing on project goals and specific regional issues, while being flexible enough to keep a critical eye on the fieldwork and how it will influence the research. “Those are things where you can make a difference,” Dr. Hyndman says. “[D]oing fieldwork you have to be very careful. What is your gaze? Who are you studying?”

As for Dr. Milner, he anticipates that the research that comes out over the next seven years is as wide-reaching as the project itself. From local governments to federal agencies, international NGOs to engaged citizen organizations, Dr. Milner says he hopes to influence refugee policies at all levels, while reaffirming that “there’s no panacea here” – each country is its own puzzle, with individual histories and context factoring into the solutions.

At a time when rates of global displacement are at an historic high and the United Nations High Commissioner for Refugees reporting that refugees spend an average of 20 years displaced, a more nuanced understanding of the global response to the refugee crisis should be a significant resource to decision-makers around the world.