Jane Philpott wants to make a difference in health-care education

A Q&A with the former federal health minister on her return to academia as dean of health sciences at Queen’s University.

A disappointing loss in the 2019 federal election has turned into an exciting new academic opportunity for Jane Philpott. Dr. Philpott, who served as the minister of health in Justin Trudeau’s previous government, will become the next dean of the faculty of health sciences, and director of the school of medicine, at Queen’s University this July.

As a rookie member of parliament in the Trudeau government, Dr. Philpott was named health minister in 2015. She was later appointed Indigenous services minister and, briefly, president of the Treasury Board, until her resignation following the SNC-Lavalin affair. She ran, and lost, as an independent in her Markham—Stouffville riding last fall.

The Queen’s appointment is a return to academia for Dr. Philpott. Before entering politics, she had been a member of the University of Toronto’s faculty of medicine. She also spent over 30 years as a family physician and working in global health.

University Affairs spoke to Dr. Philpott about her new role and some of the challenges facing medical schools today.

Editor’s note: This interview took place on February 26, 2020. It has been edited for length and clarity.

University Affairs: You likely had many offers and opportunities after the federal election. Why did you decide to land at Queen’s?

Jane Philpott: There was a range of opportunities and possibilities that I explored, in different organizations. Several of them more in the academic world, but other medical organizations or health-care organizations. But the opportunity to serve as the next dean of the faculty of health sciences at Queen’s really stood out from the other opportunities in terms of its potential and the ability to make a difference, not only in the lives of the young people who are training in the health profession, but also in the faculty, the clinical service and research that takes place at Queen’s. It was the breadth of the opportunity that really appealed to me. 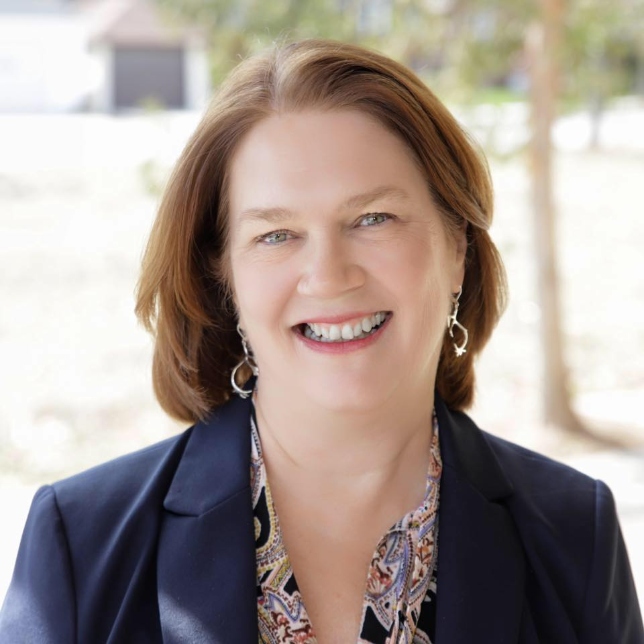 UA: What are your plans for the faculty? What do you want to accomplish in the role?

Dr. Philpott: The goals are fairly broad. A lot of it is supporting the already really excellent work that’s going on at Queen’s. They do have a very, very strong history in health education, research and clinical service, so obviously I want that to continue. I think there are many places where we can do even more in terms of making sure that research has a big impact, that the discoveries that are made at Queen’s are shared widely and implemented across the country to make a difference in the lives of Canadians.

I think there’s more that we can do in terms of some very creative programs of interprofessional health-care education. The faculty has the advantage of having the school of medicine, the school of nursing and the school of rehabilitation sciences all together, which really sets it up nicely to make sure that those young people are trained right from the beginning to work in a team setting – we know this to be the best way to deliver care.

And, of course, I have a lot of interest in things like global health and Indigenous health. I’m looking forward to expanding on some of the projects that Queen’s is already involved in, and perhaps being able to do even more in those areas.

UA: You have extensive experience working on Indigenous issues. Will this experience inform your work at Queen’s?

Dr. Philpott: I certainly believe it will. The leadership at the university is very supportive of that idea. As you no doubt know, the Truth and Reconciliation Commission spoke directly in some of its calls to action to postsecondary education institutions, and particularly those that train health professionals, about their responsibilities to be major participants in the work of reconciliation. Queen’s already has a number of positive partnerships. For example, they’ve got a long-standing relationship with Moose Factory Hospital (Weeneebayko General Hospital) and there will be many opportunities to potentially expand on that.

There is a real interest in trying to make sure more Indigenous students get access to medical school, nursing school and rehab school, and I also have a strong interest in being part of facilitating that.

UA: You recently spoke at the Nishnawbe Aski Nation youth gathering. Could you tell me what you spoke about?

Dr. Philpott: I’ve been volunteering for the last few months in the capacity of special advisor of health for the Nishnawbe Aski Nation, which is an organization that represents 49 First Nations communities in northern Ontario – mostly fly-in remote communities with no road access. The people that live in these communities have some of the most serious health challenges in the country, and they’re very dependent on outsiders doing some of the work of coming in as doctors and nurses. One of the goals that they have is to train health professionals from amongst their people.

I specifically spoke to the youth about imagining themselves as the future doctors and nurses and physiotherapists and occupational therapists of their communities. Because if you can train people from those communities – people who know the language and know the culture and understand the history of their people – we know from lots of evidence that they will actually be the most effective health professionals for that community. They’re more likely to stay in those communities over a long period of time as well. The young people’s eyes literally lit up when I talked to them about that. I could see them nodding their heads and imagining the possibilities for their future in a very positive way.

UA: Why is it important to train doctors from a variety of backgrounds?

Dr. Philpott: What it takes to make a good doctor is often much more than their biomedical knowledge. We want to know that we have doctors that understand the broad range of cultures that are part of Canada. And historically there have been a number of groups that have been underrepresented at medical schools.

Indigenous students are seriously underrepresented in medicine, although I think there’s been progress made on that in the last number of years. Some medical schools have really done a good job going out of their way to not only support entry positions for those students, but also to provide mentorship programs and address some of the structural barriers that keep Indigenous students from even writing an entrance exam or program applications, which can be quite costly for people who come from less-resourced settings.

It will greatly benefit health systems to have that broader view, and it’s also really great for students to have their classroom reflect the diversity of Canada.

UA: What do you see as the greatest challenge for medical schools today?

Dr. Philpott: Diversity is certainly something that you hear people speaking of to a very large extent, but it’s hard to say what the very biggest challenge is. We’re learning more and more about what it takes to train health professionals in a way that will be effective. We’ve always done a good job making sure that they understand the clinical content: the biology and chemistry and physiology and pharmacology – those things are usually not that difficult for intelligent young people to capture.

But what we learned over the years is that it’s harder to teach things like professionalism and empathy, and some of the other roles of health professionals; training people to not only be great clinical experts but to be teachers, to be researchers, to be advocates. Some of those roles are harder to teach, and we understand more than we used to about how to instill those qualities and how to identify the people that have those qualities even before they get to medical school. But those continue to be challenges that affect patient outcomes.

UA: What do you think about the role of universities in making the world a better, fairer place, and how does this serving in this space compare to serving in politics?

Dr. Philpott: There’s no question at all that is one of the key purposes of universities. Yes, they are about educating Canadians, but there is a strong social purpose to an education system, and in particular the postsecondary education system.

The things that appealed to me about Queen’s was that the principal has a strong focus on social purpose and social accountability. Universities were historically designed to be a place where people would be taught not just factual content, but to be good citizens who contribute to the public good. For me to be a part of something like that is an absolute attraction, and I definitely think that while my contributions will be different than they were in politics, they have the potential to be equally important.