Improving the cohesiveness, openness and agility of Canada’s research support system is the core mandate of the federal government’s new advisory panel.

This past October, a panel was established to advise the federal government on the structure, governance and management of its research support. It’s one more step the government is taking towards modernizing the system.

The seven-member Advisory Panel on the Federal Research Support System is chaired by Frédéric Bouchard, dean of the faculty of arts and science and professor of philosophy at Université de Montréal. “My entire academic life as a student, teacher and researcher has been made possible by granting agencies,” he said. “As an administrator, I know the importance of federal support for research. That means I have a moral obligation to serve when asked.”

The panel will advise the federal government on modernizing its research support system to make it more cohesive, responsive and agile. It reports to the minister of innovation, science and industry and the minister of health.

“One of the things we’ll be looking at is the granting agencies’ capacity to support interdisciplinary and international research projects,” said Dr. Bouchard. “For example, how would research support be provided to a major interdisciplinary project on climate change in collaboration with European researchers? Can we optimize our approach?” 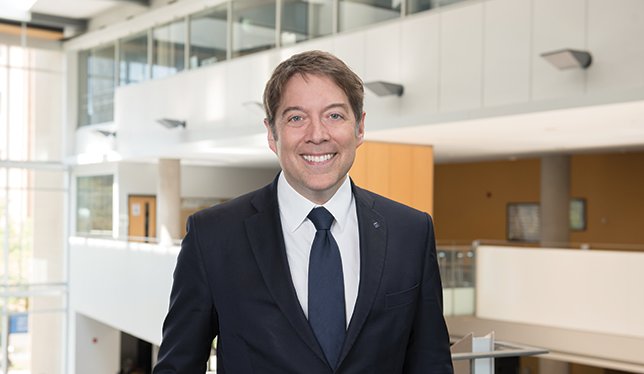 Other countries are asking these questions, too. During its fall consultations, the panel met with leaders from the U.S. National Science Foundation (NSF), U.K. Research Innovation (UKRI), France’s Centre National de la Recherche Scientifique, and the German government, as well as several Canadian stakeholders.

“These countries have very different ways of responding to new challenges,” Dr. Bouchard explained. “The Americans have been steadily developing the NSF for 70 years, while the U.K. undertook a radical restructuring with the creation of UKRI in 2018. Should Canada improve its support structure, or rethink it?”

The Natural Sciences and Engineering Research Council (NSERC) and the Social Sciences and Humanities Research Council (SSHRC) have welcomed the establishment of the panel and have expressed, in email exchanges with University Affairs, their willingness to contribute to its work. “We’re pleased that the panel is consulting directly with the research community and meeting with a variety of representatives,” said a SSHRC spokesperson. “We await its recommendations on how we can coordinate our efforts better.”

Canada has been examining its support for research and the role of its granting agencies for a number of years. As far back as 2017, the Naylor Report called for the four granting agencies (NSERC, SSHRC, the Canadian Institutes of Health Research and the Canada Foundation for Innovation) to set up a coordinating council to improve their cohesiveness. In October of that year, the federal government announced the creation of the Canada Research Coordinating Committee (CRCC), with a mandate to optimize collaboration among the granting agencies, including CFI.

Dr. Bouchard explained that the advisory panel’s mandate differs from that of the CRCC. “We advise the government on the research ecosystem, in particular its structure and governance, to increase the quality and impact of research conducted in Canada,” he said. “The CRCC works to optimize coordination among the granting agencies, while our focus is more on their future.”

Since May 2021, the agencies have been conducting a pilot of the Tri-Agency Interdisciplinary Peer Review Committee to review interdisciplinary research proposals submitted by individuals to agency programs. The pilot was extended for another year in May 2022.

“If the government is creating a new committee, it’s because it realizes that its research support system is still not working as well as it should,” noted Paul Dufour, a research fellow at the Institute for Science, Society and Policy at the University of Ottawa.

In Dr. Dufour’s opinion, collaboration between the granting agencies and CFI has improved somewhat in recent years, but there is still a lack of cohesiveness and coordination, especially since they fall under two different departments. He believes Canada could learn from Quebec’s example, where the Fonds de recherche are chaired by the province’s chief scientist.

“The chief scientist does not manage the three funds but takes a broad look at their activities and the research ecosystem, and can advise them,” he explained. “Moreover, Quebec has a science and innovation policy, unlike Canada.”

In June 2022, the standing committee on science and research tabled its first report, “Successes, Challenges and Opportunities for Science in Canada”. The announcement of the new advisory panel came just days after the government’s response to the report, suggesting a link between the two. Not so, according to a spokesperson for the federal department of Innovation, Science and Economic Development Canada.

The establishment of the advisory panel is part of the mandate given to Minister François-Philippe Champagne after the 2021 election to develop a plan to modernize the federal research funding ecosystem.

“Its creation is also in line with the recommendations of the parliamentary committee,” the spokesperson added. “Its role is to provide advice aimed at strengthening the federal research support system and promoting the success of Canadian researchers by enabling them to develop bold new ideas, technological breakthroughs and solutions to complex societal challenges.”

Dr. Bouchard assured that the creation of this committee is not an admission of failure. “We can be proud of the quality and impact of the research being done in Canada. But we’re a small country. Large nations are investing heavily in research and devising new approaches. We have to evolve.”

Enhanced support will also help train, recruit, retain and empower research talent. In addition, Dr. Bouchard believes it’s imperative to protect the diversity of research institutions in Canada, especially smaller ones. “All of these institutions have an impact, which can’t always be measured in the same way,” he said. “We need to sustain that wealth.”