Olympic-bound athletes rely on the kindness of their professors

“All of us are very supportive when it comes to helping our students reach their athletic goals,” says one dean.

Four years ago, Alexandre St-Jean, who was then in his second year of the dentistry program at Université Laval, remembers being nervous when he went to see each of his professors to tell them he’d made Canada’s national speed-skating team and was likely headed to the 2014 Winter Olympics in Sochi, Russia – meaning he’d need to miss a lot of school.

“There was one prof I had three courses with, all of them with lots of lab work,” Mr. St-Jean recalls in a recent email. “But he said seeing an athlete win at the Olympic Games was one of the most moving things in the world for him. That made things a lot easier when my competition schedule came out!”

Though he never made it Sochi (he fell in an Olympics qualifier), Mr. St-Jean says he is getting similar academic assistance as he prepares to compete in this year’s Winter Olympics, which begin Feb. 9 in Pyeongchang, South Korea. 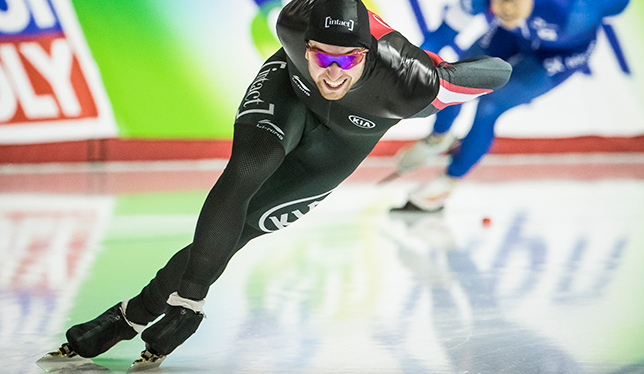 “I have had impeccable support from the dentistry faculty – from teachers as well as program directors,” says Mr. St-Jean, a long-track specialist who is now halfway through a doctoral degree he hopes to finish by 2020. “We have made a schedule that is adapted specifically to my competition schedule. That being said, the program is demanding and I don’t get any freebies. I have to do the same work as any regular student.”

Similar stories are unfolding on campuses across the country as dozens of university students are among the 225 athletes – 122 men and 103 women – on Team Canada preparing to compete in Pyeongchang. But, as the faculty members who are aiding those students point out, being accommodating in regard to course and exam scheduling in the heart of the academic year doesn’t translate into hall passes for academic requirements and performance.

“All of us are very supportive and amenable when it comes to helping our students reach their athletic goals and dreams by trying to manage their education and fit courses around their competition schedules if and when it’s doable,” says Penny Werthner, dean of the faculty of kinesiology at the University of Calgary. “But, they still have to do the work and earn their degree like everybody else. As a university system, we are obligated to help them get an education and to think broadly, widely and critically.”

A former student athlete who ran for Canada in the 1976 Summer Olympics in Montreal in the 1,500 metres – and who spent the past 30 years as both an academic and sports psychologist with Canada’s national and Olympic teams – Dr. Werthner says winter sports are more challenging from an educational standpoint because they require students to train, travel and compete during the school year. “Summer sports like track and field are more manageable,” she says. “Winter sports require more communication and effort between faculty to help accommodate student athletes.”

Beth Ali, a former student athlete and field hockey coach, agrees. Now executive director of co-curricular athletics and physical activity programs at the University of Toronto, Ms. Ali liaises with professors across all departments to discuss scheduling changes to accommodate the more than 800 student athletes on U of T’s 44 varsity teams, including several students who are Olympics-bound. The key principles, she says, are understanding and flexibility.

“Like the saying goes, it takes a village,” quips Ms. Ali. “My colleagues on the academic side are very supportive of the notion that high-level sports enhance the student experience and promote healthy and active living and leadership skills. But the students and their coaches and support networks need to be cognizant of that support and do their part to make sure things work out.”

According to Ms. Ali, common concessions for high-performance athletes include deferring exams or allowing them to write exams elsewhere under the supervision of coaches or other university-affiliated officials. At the same time, many student athletes take fewer courses during their competitive careers and take more time to finish their degrees – often six years instead of four to finish an undergraduate degree. “We all try to work together and help each other,” she says.

That support is appreciated by Team Canada members like Alex Harvey, a U Laval law student, cross-country skiing rock star and one of Canada’s best bets for a gold medal at the 2018 Winter Olympics. “The most important thing is to plan in advance with professors and lecturers and program directors,” Mr. Harvey wrote in an email from Europe, where he spends several months each winter competing in World Cup events, before heading to the upcoming games in South Korea.

“Since law courses can’t be given by correspondence, I take courses in the fall and summer. For the final exams in the fall session, I do the exam on the same day as my classmates, but I do it in a room at the University of Zurich,” he says. “Sometimes, when the exam is done I send an email to thank the prof – and sometimes I get a return message congratulating me on a performance in skiing.”