Approaches to the controversial policy varied across the province, leaving some postsecondary institutions worse off than others.

The summer months are usually a time when students disconnect from school-related worries, but that wasn’t the case this year for Bilal Khan, president of Brock University’s Students’ Union. While their peers worked summer jobs or took vacations, Mr. Khan and his colleagues spent time at the drawing board, rethinking their plan for the year ahead. With the announcement of the Ontario government’s Student Choice Initiative (SCI) in January, a shift in funding that would impact many services for postsecondary students was underway.

“We were very much focused on our marketing and communications strategy, to prove the value of the services and programs we offer,” Mr. Khan says.

Part of the provincial government’s plan to cut tuition fees at universities and colleges by 10 percent, the SCI is a policy that classifies non-tuition fees as either essential or ancillary. It then requires universities to allow students to see and decide if they’d like to opt-out of some, or all, of these ancillary fees. Essential fees cover services like student building maintenance, campus safety programs, or health and counselling, while ancillary fees cover a range of activities, from student union dues and student newspapers, to the campus food bank and various clubs.

The policy did not include a framework for how school administrators should make students aware of this change, or how to structure the opt-out process. Because of this, approaches to implementing the SCI have varied across Ontario. Eric Chappell, president of Laurentian University’s Student Government Association, says there was a lot of initial confusion among student leaders. “From where I was sitting, everyone was scrambling,” he says.

Laurentian instituted an approach where students were asked to review each fee and decide to opt-out of it, or not, before they were able to register for classes. “We interpreted it as: it needs to be clear, up front and accessible,” Mr. Chappell says. Using this model, he says most fees were met with opt-out rates of 90 percent or higher, with the lowest one being 70 percent. Campus newspaper The Lambda, for example, had an opt-out rate of 90 percent, which has left student editors unable to continue printing a physical newspaper.

Many universities, including Brock and the University of Toronto, set up the opt-out process through their online student portals, and then let students know that they have a period of time to opt-out (after which point students who hadn’t opted out would be automatically charged full ancillary fees). Mr. Chappell says that, in general, those institutions are seeing lower opt-out rates across the board.

The process was further complicated by the fact that some fees had been adjusted in anticipation of students opting out, like Laurentian’s annual fee for welcome week activities. In the past, students were charged $20 each year for the activities, a price based on the expectation that all students were opted in – this year, it was adjusted to $115. Mr. Chappell says although that price was necessary to get a comparable budget to previous years, students were confused by it and felt they were being ripped off. “They were saying, ‘Why have I never been charged this, and why are you gutting us now?’” he says. 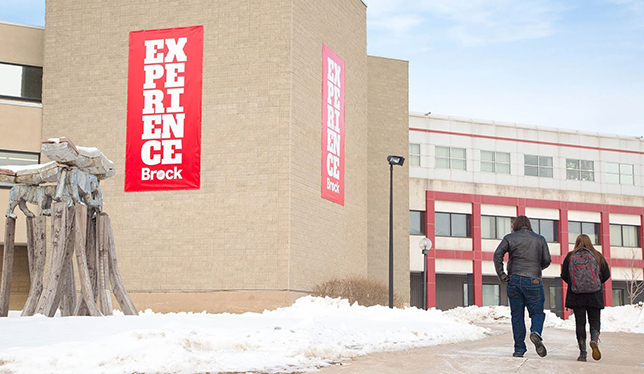 At Brock, where the opt-out model is available through the student portal, an average of 20 percent of undergraduate students opted out of the 11 ancillary fees, and about 10 percent of graduate students opted out of their two ancillary fees. Despite the relatively low opt-out rate, Mr. Khan says it has resulted in nearly $500,000 in lost funding, and the student union has had to make some staffing cuts as a result. As with the rest of the province, he says student media and clubs were hit particularly hard.

Since there’s no historical precedent in Canada for the SCI, Mr. Khan says it’s been difficult to determine the right way to deal with this fallout. At Brock and Laurentian, ancillary fees were calculated for the whole academic year, and students were offered a single opt-out period. At U of T, however, ancillary fees and the opt-out process are set up per semester, making it more challenging for groups to plan and create a budget.

In terms of how student unions are supporting groups that are struggling, Mr. Khan says Brock’s is working with students to come up with strategies to make up for lost funding — but it hasn’t been easy. “I think we [the student union], as well as the other groups that are at risk, are very much aware of the political and financial challenges that we face in our time as students,” Mr. Khan says.

Many students feel that the policy targets the autonomy of postsecondary institutions. This suspicion has been bolstered by a widely cited quote from one of Premier Doug Ford’s fundraising emails: “Students were forced into unions and forced to pay for those unions,” he wrote, “I think we all know what kind of crazy Marxist nonsense student unions get up to.” The Canadian Federation of Students, which is the largest student organization in the country, as well as York University’s Federation of Students, are currently challenging the policy in court.

Some critics also say the policy disproportionately affects vulnerable student populations. Leaders of both U of T’s Sexual Education Centre and the group LGBTOUT, for example, told student paper The Varsity that the SCI has affected their ability to provide services for the students they serve.

Both Mr. Khan and Mr. Chappell say that overall, the SCI has caused them to reevaluate their relationship to the student community. “We’re in a position we’ve never been in on such an intense scale, where we really have to articulate our value to the students,” Mr. Chappell says. “We have to have them understand what they’re getting with the dollars they’re spending, and that’s complicated.”