Researching solutions to the growing ‘tragedy of homelessness’

Those affected include over 100,000 postsecondary students, one expert estimates.

In 20 years of studying homelessness, Carol Kauppi has observed three disturbing trends: the number of people experiencing homelessness is growing, they’re more visible, and Canadians have become more accepting of the problem.

“Things have gotten worse,” said Dr. Kauppi, who is director of the Centre for Research in Social Justice and Policy at Laurentian University. Homelessness used to be hidden, with people existing more on the margins of communities, she noted. “Now we see the encampments, people panhandling on the streets and in shopping centres.” Meanwhile, the public “seems to have accepted this as part of our society. How can that be, in a country so affluent?”

Getting to the root causes of homelessness is “absolutely urgent,” she said. That’s the focus of On the Move, a study launched in partnership with York University’s Canadian Observatory on Homelessness (COH). As part of that study, Dr. Kauppi is examining homelessness through the eyes of 60 Indigenous and 60 non-Indigenous people between the ages of 13 and 30 in the northern Ontario cities of Sudbury, Timmins and Cochrane. Information gleaned from these interviews will feed into a larger, nationwide project called Making the Shift, on prevention and providing solutions.

While research on what impact the pandemic has had on the homeless is still emerging, Dr. Kauppi is mostly hearing about housing affordability. “There’s a huge gap between what people are either able to earn, or what they receive from government benefits,” and the rising cost of living, she said. “People simply don’t have enough to make ends meet.”

The COH is tackling homelessness by funding 40 research projects at colleges and universities focused on prevention. President and CEO Stephen Gaetz calls the organization the largest national research institute in Canada devoted to the issue.

The COH defines homelessness as “the situation of an individual, family, or community without stable, safe, permanent, appropriate housing, or the immediate prospect, means and ability of acquiring it.” This can include couch-surfing, being forced to live with relatives or having to remain in an abusive relationship.

“In North America we often wait until someone is in crisis and homeless before we help them,” Dr. Gaetz said. “Give them support before they have to endure homelessness” and the “devastating impact” it can have on their health and well-being.

But prevention hinges on understanding what’s causing the problem, he said. To that end, one COH study showed that 40 per cent of respondents had their first experience with homelessness before they were 16 years old, while 58 per cent had been in child protection. “Yet our whole system ignores that group,” Dr. Gaetz said, because response strategies are often geared toward helping people in their late teens or early 20s.

The fact that the child welfare system graduates people into homelessness has become “something of a cliché,” Dr. Kauppi said. “When people age out of that system, and no longer are supported by it, suddenly they are on their own and still adolescents,” she said. “We wouldn’t expect most adolescents to be able to make it on their own.”

Eric Weissman agrees that all these factors contribute to “ridiculous” numbers of homeless people in Canada. He’s a visual ethnographer and assistant professor of sociology at the University of New Brunswick who has personally experienced living on the streets. Around 110,000 postsecondary students across the country are experiencing some form of homelessness, Dr. Weissman estimates. At least 5,000 families in New Brunswick alone are awaiting subsidized housing. 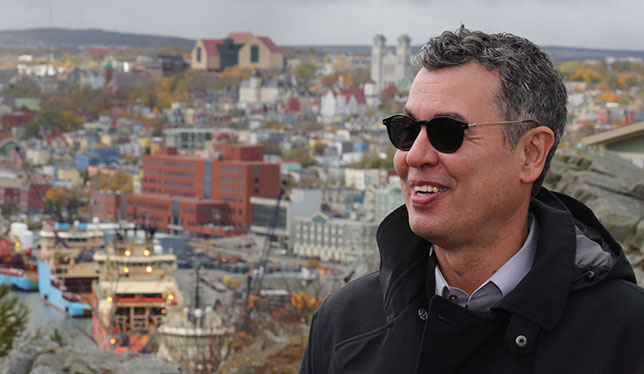 One of his research projects is a visual study showing what homelessness is like, and the difference that housing makes in the lives of those affected. “We try to show the public and the scientific community what the best practices are for establishing housing for people,” he said, taking into account that homelessness is a symptom of broken social systems and infrastructure.

The problem “is not necessarily caused by mental health or addiction,” Dr. Weissman said. “However, there is an incredibly strong correlation between homelessness and ancillary problems such as addiction, mental health, post-traumatic stress disorder, trauma, dysfunction. There is a cost to society of people not having housing.”

Colleges and universities are like cities within cities, said Kevin Friese, assistant dean of students at the University of Alberta, and therefore a reflection of what is happening in Canada as a whole. “Just like the larger community, there is a percentage of our population that will either temporarily or on a longer term find themselves struggling with homelessness,” he said.

Mr. Friese has known students to sleep in their cars, labs, empty classrooms, stairwells, locker rooms or public areas of university campuses. The current economic conditions and the pandemic, he said, are exacerbating the problem.

“There tends to be an automatic assumption that if you’re a university student, you can afford to go to university and then surely you can afford food and housing and all the other things that go along with being a student. That’s not always the case,” he said. “Some students unexpectedly find themselves with a significant life change, and suddenly they don’t know where their next meal is coming from or where they’re going to sleep tonight.”

The U of A operates a student homeless support program that provides medium-term housing and social support, food assistance and career counselling. The goal is to go beyond “just putting a roof over someone’s head,” Mr. Friese said, by addressing how students find themselves in precarious situations, setting them up with better support, and destigmatizing homelessness.

He also hopes the program will contribute to developing similar initiatives at other postsecondary institutions, and support work underway through institutes such as the COH. “The research we want is [about], how can we do a better job?” said Dr. Gaetz. “How can we help people avoid the tragedy of homelessness?”