Universities from across the country begin to state their intentions for September.

There have been several new announcements from universities across the country firming up their plans for the fall term. Nearly all are preparing for primarily online learning when classes reconvene, although most still hold out the possibility that there will be at least some in-person instruction. Two universities at opposite ends of the country – Royal Roads University in Victoria and Memorial University in St. John’s – have stated categorically that full in-person, on-campus courses will not resume before January 2021.

On Monday, a number of universities in B.C., in what appeared to be a concerted manner, declared their intentions for the fall. Santa Ono, president of the University of British Columbia, announced that the university “will primarily offer larger classes online with selected smaller classes conducted in-person, adhering to physical distancing and other public health requirements.”

At Simon Fraser University, most courses will continue to be offered by remote delivery, although SFU president Andrew Petter said in a video message that “we will endeavour to deliver in-person instruction in those courses whose learning objectives cannot be achieved through remote means,” such as labs, field work and graduate seminars.

Earlier, on May 7, Thompson Rivers University president Brett Fairbairn opined in a video message that “many of our programs will no doubt continue to be offered in alternative format – that is to say, virtually.”

The only exception to these announcements was Royal Roads University, which released a statement on May 7 confirming that “programs, courses and residencies will continue to be delivered entirely online until December 31, 2020. Students in program areas that cannot be shifted to online work will be contacted about alternative arrangements.”

Both the University of Saskatchewan and the University of Regina announced their intentions yesterday. U of S, for its part, says the fall term will “combine primarily remote online learning, with limited classroom, laboratory, clinical and physical instruction only where warranted and where circumstances permit.” Similarly, U of R declared it is taking a “cautious approach,” specifying that “a continuation of the remote delivery we are now using offers students in the fall term the best chance of academic success.” 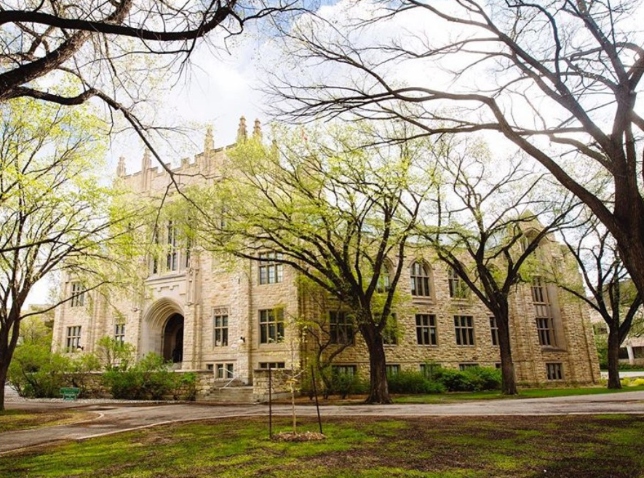 The rector of Université de Montréal, Guy Breton, announced on May 9 that “the fall 2020 semester will be held largely at a distance,” adding that “only certain courses or portions of courses may be given on campus.”

McGill University followed on Monday, declaring that fall courses “will be offered primarily through remote delivery platforms.” As the situation evolves, the university “will examine possibilities for on-campus student life and learning activities, which will respect careful safety protocols. These may include activities such as small classroom-based seminars, conferences, tutorials, workshops, or reading groups as well as various campus life and engagement activities.”

Université Laval followed with its own announcement yesterday that it, too, plans to offer online and distance learning in most courses. The university anticipates that, for the fall, “the physical presence of students on campus will be reduced to a strict minimum.”

The Association of Atlantic Universities said in a statement Monday that university leadership is “cautiously optimistic about the resumption of institutional operations for the fall semester.” Nevertheless, Allister Surette, rector of Université Sainte-Anne and current chair of the association, cautioned “it is quite likely that some academic programs [or aspects of programs] will be delivered virtually.”

Memorial University struck a more pessimistic note, announcing yesterday that new and returning students will be greeted by a “primarily remote teaching and learning environment for the fall semester.” The university added that “full in-person, on-campus courses will not resume before January 2021.”

St. Francis Xavier University president Kevin Wamsley veered more towards the optimistic, stating on May 8 that “we are preparing for classes to restart in September 2020, on-campus and in-person.” However, as with other institutions, he added that, since the course of the pandemic remains fluid and uncertain, “we are also taking the prudent step to begin contingency planning to account for the possibility of online and alternative-format course delivery.”