Two colleges embark down the road to becoming universities

The multiple-step process includes the option of applying to Universities Canada. 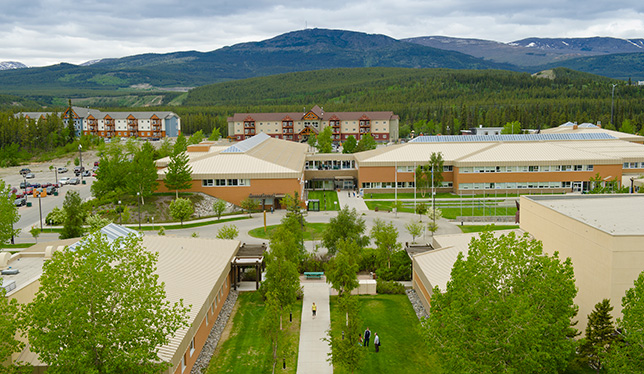 Last year, Yukon College announced that, by 2021, it would become Yukon University. The territory’s minister of education, Doug Graham, had approved the institution’s name change in November, but the transition has been in the works for several years, according to Yukon College president Karen Barnes. Also in November, Sheridan College, based in Brampton, Ontario, hosted a town hall meeting to outline its progress in becoming Sheridan University – a journey that started in 2011 when Sheridan’s board of directors approved the institution’s plan. Sheridan College president Jeff Zabudsky expects the process to be completed in 2020.

There’s no short or straight path to becoming recognized as a university. Legislation occurs on the provincial or territorial level and each jurisdiction handles the process differently. However, Dave Marshall, who was president of Mount Royal University and Nipissing University during their transitions to full university status, has noted some common benchmarks. “Step one is internal consensus. Step two is work with your government to make sure that they give you the tools that you need to actually develop university-like criteria. Step three: Get membership in Universities Canada if you want – or don’t, if you don’t want it.”

To meet the first step of generating internal and community support, Dr. Barnes at Yukon College has been working closely with local First Nations, which make up about 25 percent of the territory and include 11 self-governing nations. “Their support was critical because they make up a large part of our student body,” Dr. Barnes said, putting the estimate around 27 percent. “They know what it’ll mean for their communities, particularly for their governments. It’ll help them build capacity.” (To this end, Yukon College has proposed a three-year Bachelor of Policy Studies in Indigenous Governance to begin in 2017.)

The college has also launched a communications campaign that positions the transition as a certainty and the school’s email signatures come with the notice that the institution is “the future Yukon University.” According to Dr. Barnes, this approach creates a shared vision and purpose, and engenders pride among staff, faculty, students and the local community. “I say to my staff and management teams all the time, ‘If we don’t believe it, it’s going to be harder to get there,’” she said. Sheridan has taken a similarly proactive and vocal approach in its Sheridan Journey campaign, which has served as a model for Yukon.

As for step two, the government’s commitment to the Yukon University project was set as a campaign promise during the territory’s 2011 election. It made good on that promise in 2014 by allocating $6.3 million to the college’s Yukon Research Centre, for a total investment of $10.8 million since the centre launched in 2009. However, it has taken some time for the government to provide the institution with an essential “tool” in the process – legislation or a charter that officially recognizes the institution as a university and spells out the legal parameters for the designation.

While that process takes time for any government, Dr. Barnes suggests that the small administrative capacity at both the institution and the government has added to the timeline. “We don’t have a very robust advanced education department because we’re the only institution. There are only a few people that look after us and they’ve never had to do the kind of work they do on the provincial level, which is managing a whole system of institutions,” Dr. Barnes said. She adds that the institution and government are together consulting provincial university acts and the existing Yukon College Act to decide upon an appropriate template. They’re also looking to develop a partnership with a province so that the territory can avoid building policy infrastructure from scratch.

As for a quality assessment mechanism, the territory is angling to bring Yukon under the oversight of a provincial quality assurance board. It’s an unusual proposal, Dr. Barnes admits, one that would require that province to pass its own legislative change since these boards don’t typically offer quality assurance or approval to grant degrees to institutions outside of their jurisdictions.

The third step in Dr. Marshall’s outline is the one that’s optional: apply for membership in Universities Canada, a private, not-for-profit organization that advocates for Canadian universities nationally and internationally and offers professional development opportunities for university presidents. (Universities Canada is the publisher of University Affairs.) “Membership isn’t necessary, [but] it’s helpful,” Dr. Marshall said.

The membership requirements for Universities Canada are not equivalent to accreditation, a mechanism that doesn’t exist in Canada on an institutional basis. Rather, these requirements reflect a consensus by the association’s members of “what it means to be a university in Canada today” as defined by “the collective of university presidents,” said Christine Tausig Ford, outgoing vice-president at Universities Canada. (She retired on Feb. 1.)

Members must be non-profit, university-level degree-granting institutions – which means all member institutions must have already been granted status under provincial legislation, though provincial approval of a name change can occur after membership is granted. Additional membership criteria covers everything from governance and administrative structure, including the institution’s charter legislation or act and bylaws; teaching quality; finances; academic freedom; faculty research and credentials.

Ms. Tausig Ford is quick to note, however, that the membership criteria do not constitute a check-list – meeting all the requirements does not guarantee a successful application. Dr. Marshall adds that though the criteria represent a certain tradition, they’re flexible enough to adapt to changing expectations of university education. “For example, Canada has a total distance-delivery institution that got admitted to [Universities Canada] quite a long time ago, Athabasca University. British Columbia universities [the University of Fraser Valley, Vancouver Island University, and Thompson Rivers University] were the first hybrid universities – literally half-vocational institutes and half-universities,” he said.

While the organization has several quantitative requirements in place – one requires independent universities have an enrolment of at least 500 full-time students – Ms. Tausig Ford said that in many cases, who gets accepted for membership comes down to a qualitative judgment. “One of the criteria is that [the institution] has as its core teaching mission the provision of education of university standard with the majority of its programs at that level. So, it really becomes a qualitative decision to say, ‘What does it mean to have an education at a university standard?’”

Although membership isn’t guaranteed and it isn’t required to become an accredited university, Sheridan’s Dr. Zabudsky has called it “a pivotal step” in that institution’s transition. They’re closely following the membership criteria and, in 2014, went so far as to set up a mock site visit, or “dress rehearsal,” with the assistance and feedback of former university presidents.

Dr. Barnes at Yukon says they’re pursuing membership “because we’re new to the game and … it shows we’ve been assessed by people from the outside and they think that our degrees are meeting the standard.” She’s most concerned about meeting the full-time enrolment requirement. “It’s tricky because we are so small and we don’t have a tradition of people staying in the North for degrees,” she said. Currently, 44 percent of the institution’s students are in university-level programming, including three degree programs co-delivered with the University of Alberta and the University of Regina. She’s confident that if they preserve much of their vocational programming, and orient their future programs towards the needs of First Nations and students interested in Northern and circumpolar research, they’ll recruit more than enough students. “I’m convinced that the North is ready for this. It’s a time to take control of the Northern agenda on research and education.”