Universities Canada has released the results of its latest survey on the services and programs for Indigenous students offered at its member institutions. The survey also catalogues universities’ progress towards reconciliation. 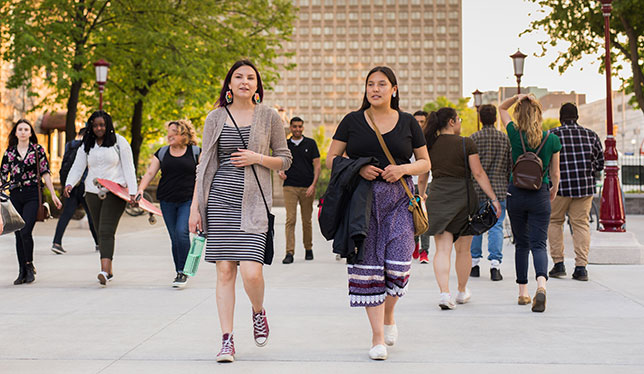 Photo courtesy of University of Ottawa.

“There is still a long journey ahead to meaningful reconciliation in Canada, and universities are ready and willing partners,” says Wendy Therrien, director, external relations and research, at Universities Canada (publisher of University Affairs). The latest survey results show that Canada’s universities “are supporting the success of Indigenous students and researchers, working with Indigenous partners and combatting systemic racism in their communities,” says Ms. Therrien. But while these results are promising, she says, universities acknowledge that “significant work still lies ahead.”

In 2015, following the release of the Truth and Reconciliation Commission’s Calls to Action, the heads of Canada’s universities adopted a set of 13 Principles on Indigenous Education, developed in consultation with Indigenous leaders. Since then, Universities Canada has conducted a survey of universities’ Indigenization efforts every two years. The newly released data is from the 2019 survey. (The 2017 results can be viewed here.)

The TRC’S Calls to Action appealed directly to universities to incorporate Indigenous histories, cultures and realities into the curricula that will shape Canada’s future professionals in specific fields that impact the lives of Indigenous peoples. According to the survey: