Fourteen students were admitted to the medical school through the Black Student Application Program this year.

The University of Toronto saw a notable rise in the number of Black students admitted to its medical school this fall, an increase that comes after the launch of a new admissions program specifically for Black medical students.

Fourteen Black students were admitted to the medical school through the Black Student Application Program (BSAP), which launched with the 2017-18 recruitment cycle. That number is more than four times the representation of Black medical students admitted four years ago.

“We think the doctors of the University of Toronto should really reflect our community, and I don’t think that was the case in the past,” said David Latter, director of admissions and student finances at the faculty of medicine.

While Black people form about nine percent of Toronto’s population, less than five percent of students in U of T’s four-year medical program identify as Black.

To qualify, applicants must self-identify as Black and submit an essay explaining why they chose the BSAP stream. Candidates must also meet the same requirements for grades and community involvement as outlined in the general admission guidelines. The BSAP candidate review and interview process, however, involves additional Black community members, physicians, faculty and students.

“It was very reassuring to know that, in prepping for interviews and even in writing my application, I didn’t have to adapt to a different construct,” said Chantal Phillips, one of this year’s successful BSAP applicants. With two Black interviewers on her panel, Ms. Phillips felt more at ease talking about herself. 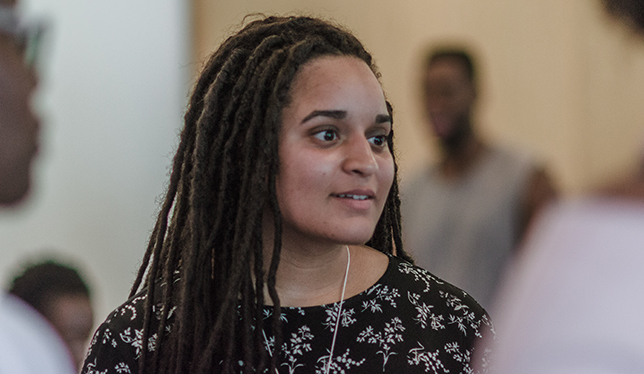 While more Black students have entered the medical school since the start of the application program, Dr. Latter says measuring its success is not just about the numbers. “It’s really only going to be a success when we see how these students progress through the program and become doctors,” he said.

Onye Nnorom leads the school’s efforts to integrate a focus on Black Canadians into the MD curriculum. Dr. Nnorom points out that BSAP alone won’t lead to institutional change at U of T. Rather “a comprehensive strategic approach to addressing the barriers” is what will lead to “equitable representation of Black students in medicine.”