Opened in 1965, the lab has helped to ensure that iconic structures like the CN Tower and the Confederation Bridge are safe.

A lab at Western University has been simultaneously designated a national and international historic site. In April, the Canadian Society for Civil Engineering and the American Society of Civil Engineers gathered at Western’s Boundary Layer Wind Tunnel (BLWT) to unveil a plaque acknowledging the lab’s contributions to the field. 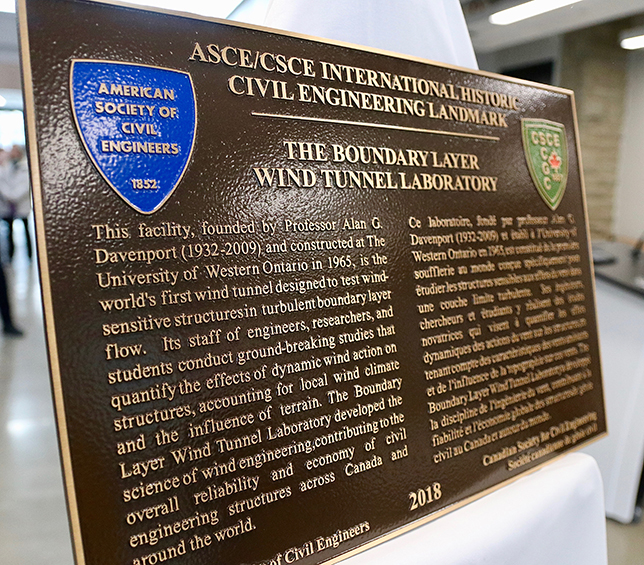 The lab opened in 1965 under the watchful eye of professor Alan Davenport, a civil engineer and pilot whose career-long interest in wind earned him the nickname “wind wizard.” Along with his faculty colleague Jim Stewart, Dr. Davenport designed a 30-metre-long testing tunnel that could mimic the dynamic wind conditions a structure would face in real life, with wind speed reaching up to 88 km/h (until then, most testing assumed uniform air flow). Phase two, including a second tunnel with a top wind speed of 160 km/h and a water tank, was finished in 1984. 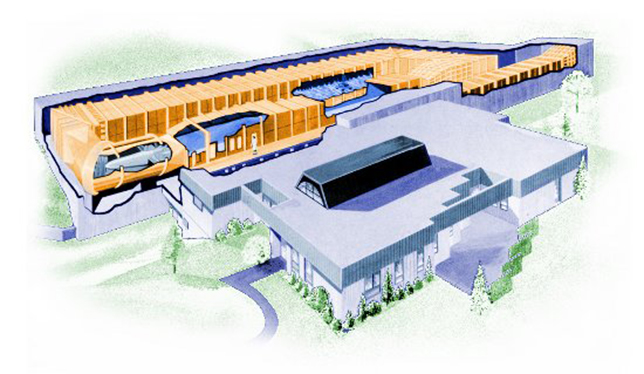 A schematic of the tunnel from the 2010s.

The plaque states that the BLWT “developed the science of wind engineering, contributing to the overall reliability and economy of civil engineering structures around Canada and around the world.” The lab has been involved in testing thousands of structures, including Toronto’s CN Tower, the Confederation Bridge in Prince Edward Island, the Sears Tower (now Willis Tower) in Chicago, the Emirates Tower in Dubai and the Golden Gate Bridge in San Francisco.