Free speech on campus: are we being too careful not to offend?

It would be a shame if the lesson learned is simply to remove the controversial bits from your course.

The issues of freedom of speech and transgender rights, highlighted by recent events involving a teaching assistant at Wilfrid Laurier University, remind me of my first year as a university instructor in the late 1990s, when I taught a communications course on advertising at York University. (Yes, I understand that the status of a TA is different than that of an instructor, but I think for the purposes of this anecdote, the principles are similar.)

While teaching the course, I saw an ad for Sauza tequila in the campus newspaper. It featured a photo of an attractive, swimsuit-wearing woman, with the phrase, “She’s a He,” written across her chest. The ad’s tag line read: “Life is Harsh, Your Tequila Shouldn’t Be.” (The ad didn’t identify the model, who in fact was Caroline Cossey, a transgender model.) 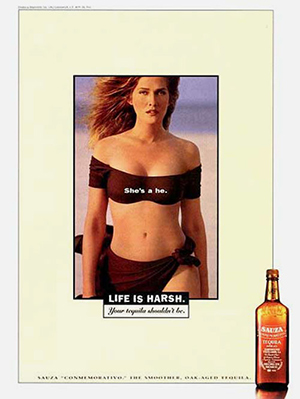 In that glorious era before PowerPoint, I made a transparency of the ad and presented it to my class by saying: “What do you see here?”

Right off there were chuckles from a few students. One said the ad was funny and edgy. Then other students opened up. Some thought the ad was sexist, that it objectified women like other ads for beer and spirits. They wanted to know what was meant by, “She’s a He.” I told them the model was a transgender woman, who had been born male. They replied that the ad was mean-spirited then, since it was wrong to “dictate” someone else’s gender identity like that.

I presented them with information on forms of social prejudice experienced by trans people. We discussed what types of social responsibility resided with the advertiser, the ad agency and the campus newspaper in all this.

I asked them how such an ad featuring a transgender person might embody a more socially positive message. I got answers like: “She Was a He. Life is Full of Possibilities. So is Sauza.”

We then discussed a core feature of advertising: its ability to assign meanings to products independent of their function or material makeup. I reminded them of how Marlboro had been marketed to women in the 1940s and how a successful advertising campaign had soon after transformed the brand’s meanings to one of rugged masculinity, personified by the Marlboro cowboy.

If advertising’s putative power turned on its ability to transform the meanings of products, I asked, why then did so much advertising merely reinforce the social status quo or common stereotypes? 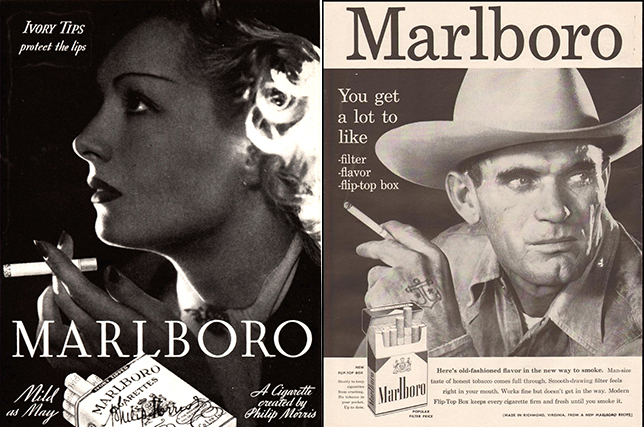 At the end of this discussion, I told them that I viewed the ad as transphobic, a term few students then had heard of. This conclusion flowed in part from many of the points raised by the students. In the five or so times I taught that course, more than a few students who had initially chuckled at the ad told me later how the discussion had helped them assess the social impact of ads like this in a new light.

In fact, I came to see how the initial chuckling formed part of the overall learning experience. Such instinctive, “common-sense” responses, shaped by ideology and social setting, were (and are) not unusual. How else to account for the ad’s multi-week run? An ad seen initially as funny or harmless by some in fact contained a lot more meaning and context. The instructor’s job was to unpack this, laying it out for discussion and analysis.

How would this have gone had I prefaced my discussion by saying that I was about to show a transphobic/socially harmful ad? Not as well, I suspect. The students would have been primed to merely align their responses with my prior statement.

Turning back to recent events at Laurier, I ask myself: would I today advise a TA or recent PhD graduate lacking job security to teach such material in a similar manner? Probably not.

To do so today risks getting student complaints that the instructor had created an unsafe, even “toxic,” learning environment by not initially denouncing the ad. Or that the instructor had encouraged students to laugh at the ad or had equated transgender people with the cancer-plague of cigarettes. Who knows? Some department heads might worry how certain constituencies on campus would respond were the matter to go public.

Suppose word of such a complaint went beyond the campus, as happened at Laurier. In today’s polarized climate, the instructor risks being tagged with all sorts of negative descriptors. Faculty members on hiring committees or those evaluating grant applications might prejudge or dismiss outright such a person. So maybe best just to remove the controversial bits from your course.

What’s at stake with the Laurier incident goes far beyond a department’s ham-fisted treatment of a teaching assistant. It strikes at the very core of what universities should do for their students: present topics in ways that foster free discussion and debate and corresponding forms of critical thinking and self-reflection.

This approach is not tidy; unexpected, sometimes objectionable, things get said. The overriding concern, however, should not be to protect students from the perceived harm arising from hearing opposing views.

Daniel J. Robinson is an associate professor of media studies at Western University.