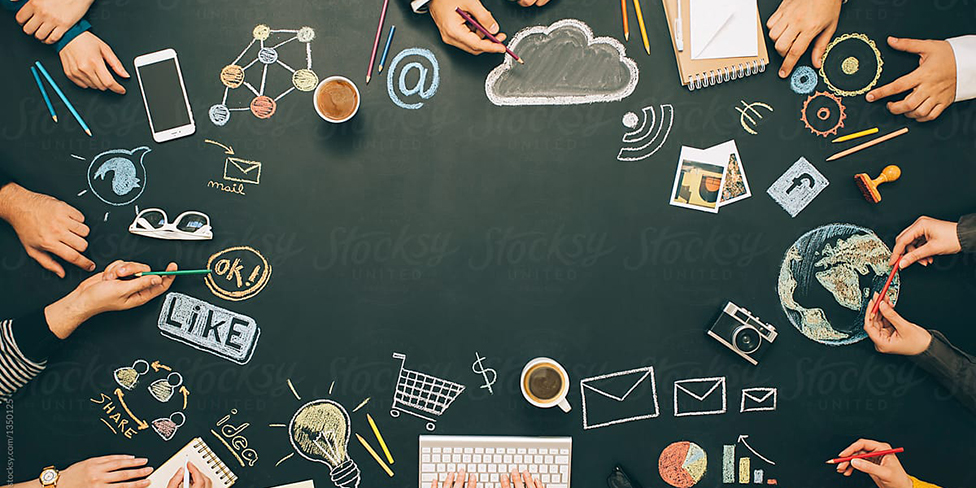 The country’s various research and policy institutes “are highly adept at getting their messages heard in today’s crowded ideas marketplace,” says one expert.

As an Anishinaabe scholar who spent much of his childhood on a reserve in Central Ontario, Hayden King says he’s always found it frustrating to hear non-Indigenous experts, many of them from think tanks with ties to big business, weighing in publicly on issues that affect Canada’s First Nations. That’s why Dr. King, a widely-published expert on Indigenous nationhood and colonialism in Canada who has held academic positions at three Ontario universities – McMaster, Carleton and Ryerson – jumped at the offer to co-found and become the first executive director of the new Yellowhead Institute.

Launched last June and housed at Ryerson, the institute bills itself as Canada’s first and only think tank rooted in First Nations community networks and devoted to Indigenous self-determination. “Our goal is to provide useful analysis and produce accessible material to help communities prepare for the speed and scope of the many critical policy changes that are happening right now in Canada,” says Dr. King, who leads a small team of mostly Indigenous researchers – a core he hopes to build on by recruiting young First Nations’ academics. “It’s time that Indigenous people were considered experts in their own lives,” he says.

While there is no single definition of what constitutes a think tank, they are generally seen as a grouping of scholars, academics and other professionals who conduct policy-related research, analysis and advocacy on issues linked to a specific area of interest. In Canada there are roughly 100 such organizations, according to Canada’s think tank expert, Donald Abelson. This pales in comparison to the estimated 7,000 in operation worldwide, including nearly 2,000 in the United States alone.

But what Canada lacks in think tank numbers it makes up for by the quality of their work and the influence they exert, says Dr. Abelson, who has authored numerous papers and books on the subject, including Northern Lights: Exploring Canada’s Think Tank Landscape, published in 2016 by McGill-Queen’s University Press, and Do Think Tanks Matter? Assessing the Impact of Public Policy Institutes, also published by MQUP, the third edition of which was just released in November.

Formerly a political science professor at Western University, where he also served as chair of the department, Dr. Abelson was named last August as the founding director of one of Canada’s newest think tanks, the Brian Mulroney Institute of Government at St. Francis Xavier University, where he will also hold the inaugural ECN Capital Chair in Canada-U.S. Relations.

Dr. Abelson sees a bright future for think tanks as key players in modern democratic societies – not to mention an interesting source of employment for academics young and old – provided the groups are transparent and credible with regards to funding, research and intellectual integrity. “Think tanks are highly adept at getting their messages heard in today’s crowded ideas marketplace,” he says. 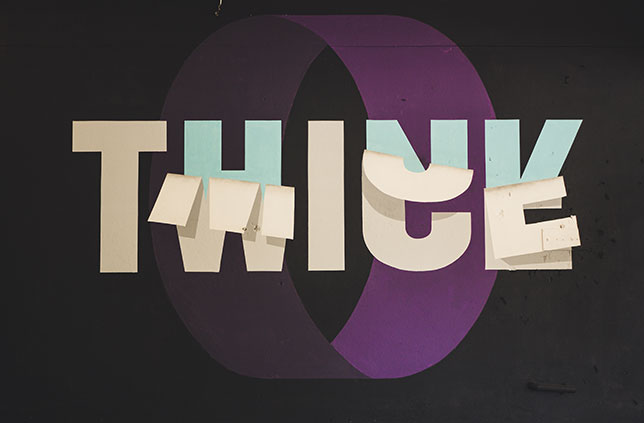 Photo by explorenation # on Unsplash.

It is difficult to define think tanks because no two are alike in terms of mission, scope or funding, says Dr. Abelson. “One thing all of them share at their core is an ongoing commitment to producing timely and policy-relevant research,” he says. “What distinguishes and defines them is their sources and levels of funding.”

While some think tanks charge fees for their services, the majority rely heavily on fundraising. “The bulk of their money comes from four main sources: philanthropy, corporations, private sources and government,” says Dr. Abelson. “A very small number have endowed funding.”

Complicating the landscape further is the fact that some think tanks, including the Yellowhead Institute and the Mulroney Institute of Government, are housed on university campuses. “Campuses offer advantages because salaries and other costs get covered … and you can put on seminars and conferences,” says Dr. Abelson. “You can add layers to the cake.”

He warns, however, that the success of campus-based think tanks depends on the host university’s long-term commitment. “It’s one thing to have start-up money, but it all really boils down to having a sustainable funding model,” he says. “Many think tanks start off with a bang and quickly fizzle because they couldn’t sustain their funding.”

Canada’s most notable think tank failure, he says, was the North-South Institute. Established in 1976 as an independent policy research institute dedicated to international development (hence its motto, “Research for a Fairer World”), it ceased operations in 2014 when federal government funding, which represented more than half of its budget, dried up. “It was one of the premier think tanks in the world,” says Dr. Abelson. “But its funding wasn’t as diversified as it should have been.”

A bit of history

The 19th-century European antecedents to modern think tanks were learned societies like London’s Fabian Society, which promoted democratic socialism as a way to bring about reforms peacefully instead of through armed revolution. The think tank movement caught hold in America in the early 20th century, when philanthropist groups like the Carnegie Foundation and the Brookings Institute sought to help governments think their way through complex societal issues.

That momentum led to the later emergence of specialized groups like the Rand Corporation and the Urban Institute in the 1930s and 1940s. By the 1950s and ’60s, the emergence of a strong corporate mentality in the U.S. led to the rise of modern advocacy think tanks, which are the main focus of Dr. Abelson’s research.

“They moved away from a research model to one focused more on the marketing of ideas to influence policy makers,” he says. “It marked a watershed in the evolution of think tanks.”

According to Dr. Abelson, the new model enabled think tanks to influence government policy like never before – none more successfully than the Heritage Foundation. Created in 1973 with massive financing from big business, it assembled dozens of conservative academics and thinkers from across the U.S. who drew up the blueprint for Ronald Reagan’s presidency in the early 1980s.

Their 1,000-page report, which was hand delivered to Ed Meese, Reagan’s chief policy advisor, contained plans for both foreign and domestic policies ranging from deregulation, tax reform and privatization to what eventually became the Strategic Defence Initiative, nicknamed Star Wars. “Reagan was the poster boy for how influential think tanks can be and why they matter,” says Dr. Abelson. “They helped give structure, meaning and direction to his presidency.”

In Canada, Dr. Abelson says think tanks have been less successful in penetrating the political decision-making process. “They are not as prevalent here because ideas tend to come from the caucus and the party,” he says.

Because Canadian think tanks also have far less money at their disposal, Dr. Abelson says many of them put added value in their independence and research capabilities, and are more nuanced in their opinions. “They have to be careful not to be seen as appendages of the groups or movements they are affiliated with or their funds might dry up,” he says. “They need to be seen as doing quality work as independent bodies.”

Most Canadian think tanks, he adds, do a “very good job” of finding a niche to fill. “Their mortality rate is very low,” he says. “The most successful ones don’t alienate others.” 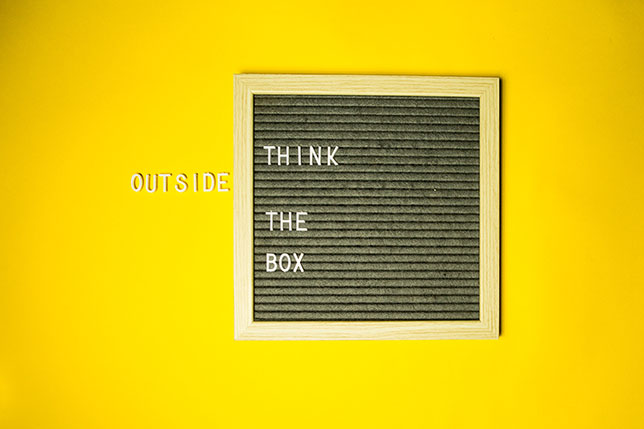 Photo by Diana Parkhouse on Unsplash.

Guillaume Lamy, a doctoral student at the Université du Québec à Montréal who has also researched think tanks, has a slightly different take, saying most of them generally fall into one of two broad categories.

“One [type] does serious, useful and good research and is not controversial,” says Mr. Lamy, who is also a host and producer with Quebec’s Canal Savoir. He points to Canada’s two wealthiest think tanks – the Conference Board of Canada, with a $40-million budget and the Centre for International Governance Innovation (CIGI), with a $25-million budget – as prime examples.

The other category is what Mr. Lamy calls “combat think tanks” that defend or advocate on behalf of ideologies and policies outside the political system. He includes within this category neoliberal economic organizations like the Fraser Institute and the Institut économique de Montréal, and – on the other end of the spectrum – environmental activist groups like the Suzuki Foundation. “These groups are sometimes very militant,” he says. “They are like the last stage of political ideology.”

The Fraser Institute is the only Canadian organization to rank among the top 25 non-U.S. think tanks in the 2018 Global Go To Think Tank Index, published by the University of Pennsylvania’s Think Tanks and Civil Societies Program, of which Mr. Lamy is a collaborator. CIGI just missed the top-25 list, placing 27th in the index.

Mr. Lamy says that, like in the U.S., the advent of right-wing think tanks in Canada such as the Fraser Institute led to the creation of counterbalancing left-wing think tanks like the Canadian Centre for Policy Alternatives and, in Quebec, the Institut de recherche et d’informations socio-économiques. He says the research being produced by both sides – work that defends the groups’ ideologies – has led to increasing polarization.

He says the continuous stream of data and opinion on matters of public interest from these groups now dominate news cycles. “You can’t have a debate today without opinions and studies and facts from think tank experts,” says Mr. Lamy. “It’s very difficult to pierce the media’s membrane if you don’t have a study with data that backs up your argument.”

Andrew Parkin, director of the Mowat Centre, agrees. The centre, which calls itself “Ontario’s Voice on Public Policy,” is housed at the University of Toronto’s Munk School of Global Affairs and Public Policy, where Dr. Parkin is also an associate professor. He says groups like his are adding policy capacity to important public discussions.

“Non-urgent public policy thinking has been thinned out over time through government cutbacks, and the redeployment of public servants more towards keeping the government running and dealing with daily issues,” says Dr. Parkin, who served with the Council of Ministers of Education Canada before joining the Mowat Centre in 2017.

Dr. Parkin says the arm’s-length research being done by the Mowat Centre’s small group of researchers on subjects of their choosing – but always in line with the think tank’s core mandate – provides a way for the government of the day to “almost think out loud” by exploring ideas without a partisan agenda.

“It’s not easy for governments to generate or engage in public conversations around things that haven’t happened yet but could in two, five or 10 years from now,” says Dr. Parkin. “By doing that we’re providing a valuable public service.”

Pamela Sugiman, dean of the faculty of arts at Ryerson, sees the advent of the new Yellowhead Institute in much the same light. “Now is a good time because there is so much discussion around Indigenous issues that go way beyond the academic realm,” she Dr. Sugiman, a sociologist and scholar on gender and race politics in Canada. The institute, she says, is “the university’s response to Truth and Reconciliation” and will act as a platform for the recruitment of Indigenous students from across Canada. “There’s a lot of pride in what we’re doing.”